Building DevSecOps into your Organization

DevSecOps is an operations term that integrates security into a continuous deployment model for software. My colleague Jimmy Sanders has a great interview (text and video) here(https://www.secureworldexpo.com/industry-news/devsecops-methodology-dev-sec-ops) explaining what that term means.

If you were starting up a modern service-based software organization today, what facilities would you need to put in place to have a functioning DevSecOps method for software deployment?

This diagram captures the general idea. 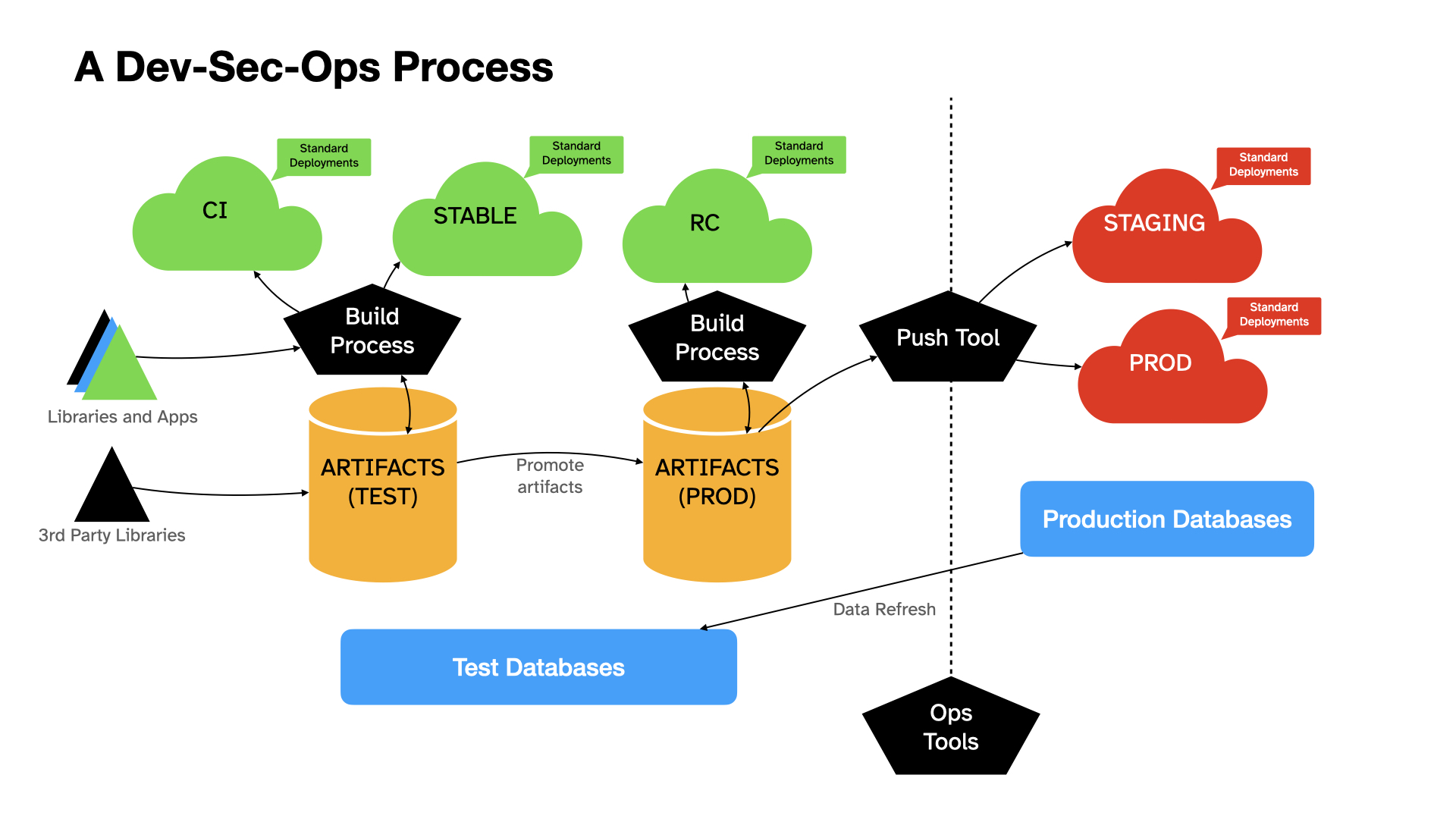 Let us describe the components above.

That covers the DevSecOps facilities in a modern service-based software organization today.